The Great Resignation Part 1: How We Got Here

Prime Health* has faced many challenges as of late.

The mid-size health system, similar to other health systems, was greatly impacted by COVID. Prime’s three hospitals and six neighborhood clinics found themselves short of PPE and beds, needing to improvise care protocols as the novel virus spiked in the region. CEO Dev Srinivasan and his administrative team improvised too, turning the hospitals’ ambulatory surgery and cardiac care centers into interim ICUs and in turn swallowing the loss of income that resulted. There was the need to procure face shields and masks while coming up with alternatives for gowns and other PPE. Furthermore, hiring temporary or traveling physicians and nurses was common and resulted in additional costs. 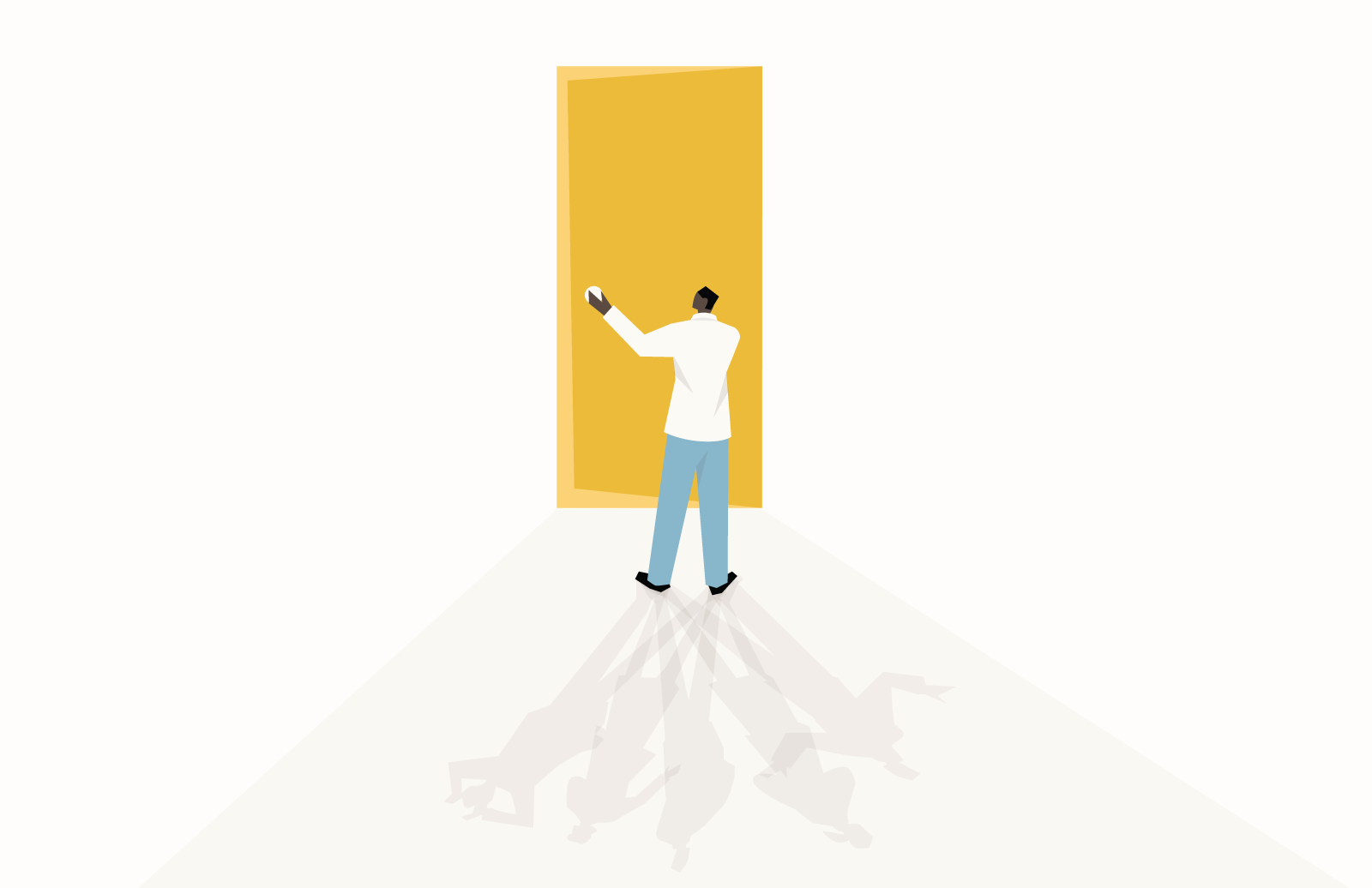 Srinivasan, who holds an MHA from a school of public health, knows a lot about epidemiology. He wasn’t surprised by Prime’s swelling pandemic case load—but his heart went out to his physicians, who were working double and even triple shifts with inadequate protection, barreling toward burnout. His enforced isolation from them—staff meetings were Zoom affairs—made him feel guilty, even though shielding administrators from the virus was common sense.

For Karen Orlovsky, MD, the pandemic was a time of scarcity. The family medicine physician employed in one of Prime Health’s clinics, saw her income fall as the clinic’s practice dropped by nearly 70 percent. A divorced single mother and sole provider for her daughters, toddler Geraldine and 15-year-old Katie, Dr. Orlovsky found herself struggling to get by. Like other physicians, dealing with the daily worry of possibly being infected and passing the virus on, especially to her children who couldn’t yet be vaccinated, was a constant worry. Then, when she was called on to help with COVID care at Prime Health, she experienced the full-on force of the pandemic.

The thirty years that Marianna Obispo, RN, had spent at the bedsides of patients didn’t prepare her for what she faced when COVID hit: long shifts taking care of up to five ICU patients instead of her usual one or two, plus a steep learning curve on respiratory care to cover for a nurse who had specialized in cardiac patients. And there was stress from supervising traveling nurses from different parts of the country and training backgrounds. And the exhaustion. And the fear of spreading COVID to the family members she lives with, such as husband Frank and her 79-year-old mother, Imelda.

Thanks to widespread vaccination, COVID-19 quieted down in Prime’s region, and there was plenty of hope for a return to normalcy. COVID caseloads declined. Srinivasan and his team reopened specialty centers which significantly helped the overall bottom-line. As patients’ fears of infection lessened, Prime Health thought operations would return to normal, with many patients returning for routine visits and preventative care appointments.

But our three Prime employees and their colleagues couldn’t catch a break—because the Great Resignation was already underway. Along with millions of other Americans, healthcare workers were leaving their positions in droves. For many physicians, the pandemic had them over-exhausted and also precipitated a deep crisis of meaning in their lives, asking themselves questions such as:

As the weeks passed, Srinivasan began to realize the depth of the problem. He was on track to lose a full one-fifth of his physicians and nurses within the next six months. Some were talking about getting out of medicine altogether. Others were going freelance into agencies and Locums in order to add more flexibility to their lives. Many were simply looking for what they hoped would be a better deal in another organization.

It was a slow-rolling tsunami, and like all tsunamis, it had the potential to undermine foundations and carry off structures that had long been in place. And it also had the potential to make the lives of those who stayed nearly as troubled as they had been in the days of 2020.

The story continues in part two, when we see how the Great Resignation impacts Dev Srinivasan, Dr. Karen Orlovsky and Marianna Obispo’s daily work life and what that impact entails.

*Prime Health is a fictional health system. None of the names, locations or scenarios are based on specific real life events, but are a fictionalized version of what has been generally experienced by many individuals and organizations. 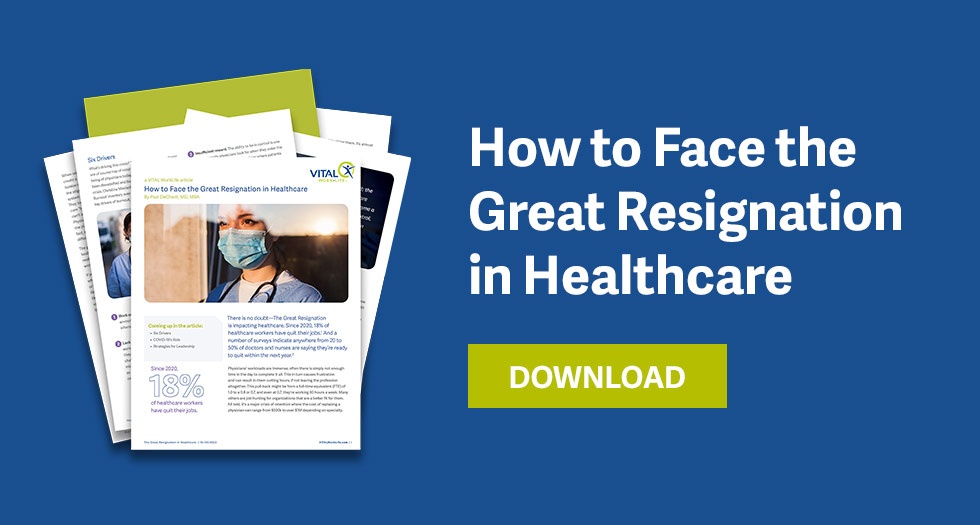