The Stigma is Real.

It was on a Thursday morning when Dr. Sree Morton first felt what she later called “the heaviness.”

She was sitting at the breakfast table in her condo and she couldn’t, or didn’t want to, move. Her breakfast sat uneaten. Her limbs felt like they were made of stone.

She felt the heaviness and she also felt shame about it, which was an active, piercing emotion. She thought, “I have to get up. I am a physician!”

And she got up, got in her car, and made it to McKee Memorial Methodist (MMM) to begin her shift. But the heaviness lingered, along with the ache of worry and the ache of—what was it? Grief, probably. 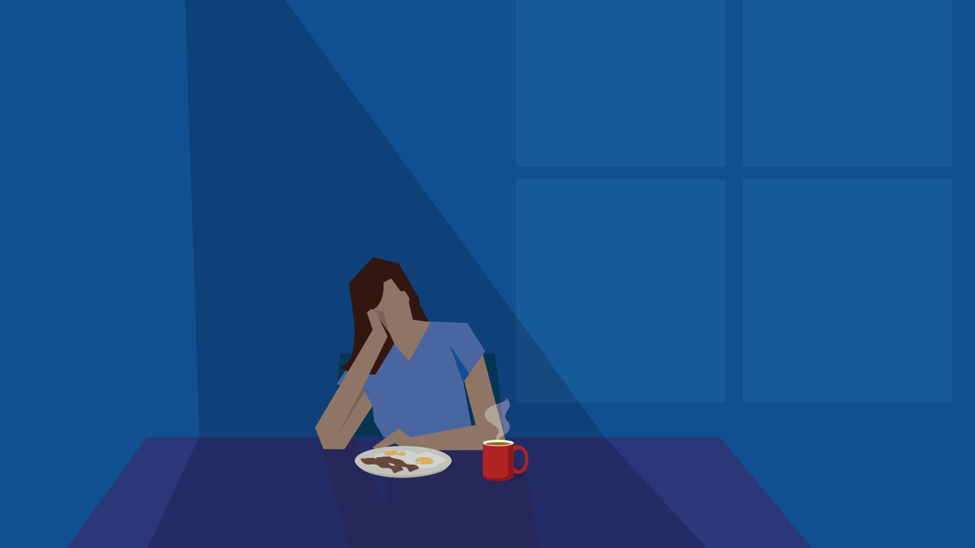 Monday the NICU lost—Dr. Morton lost—a preemie to RDS. And the death had come only eight months or so after a full-term baby had died of sepsis. Dr. Morton and her team had fought hard for those tiny lives—and the loss was crushing.

Dr. Morton had weathered tragic outcomes before in her eight years at MMM—but the heaviness was different from anything she had known. After all, she never had so many heavy circumstances piled on her, all at once.

The quarrels with her spouse David had become so frequent that the two of them had started avoiding the controversial topic—what David called Sree’s “indentured servitude” at the hospital, and Sree’s sense that she could never really convey to David what medicine meant to her.

“I wish I were a sick baby so I could see you sometimes,” he’d said, and she had snapped, “You are kind of a sick baby sometimes, David.” Now they were avoiding talking much at all, and soon might be finding ways to spend less and less time together.

The unit was down one physician and three nurses—the Great Resignation, the press called it. As she did her best to compensate, Dr. Morton was dogged by the nagging sense that she was doing everything just a little too quickly; that she was bound to miss something.

Had she missed something with the Keller and Nguyen babies? She didn’t think so, but she didn’t know for sure.

She was beginning to feel there was a lot she didn’t know. And now the heaviness—this reluctance, or inability, to go into action was something she’d never experienced before. Patients and their conditions couldn’t wait for a doctor to feel like treating them. That’s why she had been trained, why everybody in the profession had been trained, to ignore the bad feelings or put them aside and carry on. If you couldn’t do that, then what were you doing in a white coat?

There were the young supermen in med school who after med school didn’t seem to even need to sleep, eat or take bathroom breaks! They  set the unspoken standard that applied to all med students or young physicians. She knew there was also an unspoken question about female physicians—can they handle it? Well, Sree was determined to finish as one of those who could, and she did.

But, it was getting harder to take it, and she wondered if the heaviness might actually take over.

It would be great to talk with someone, she thought, but who? Sharing their thoughts and feelings with each other just wasn’t something doctors did. Or maybe they did, but not about work, right?

Then there was “talking to someone” as in going to see a therapist. She shuddered a little at the thought—of going on about her past traumas, or whatever you were supposed to talk about.

Maybe the heaviness would just have been there, ignored and unacknowledged.

If so, she wasn’t sure she wanted to be there with it.

The story continues in part two, when Dr. Morton is unable to avoid the heaviness any longer and is pointed in the right direction to seek help. 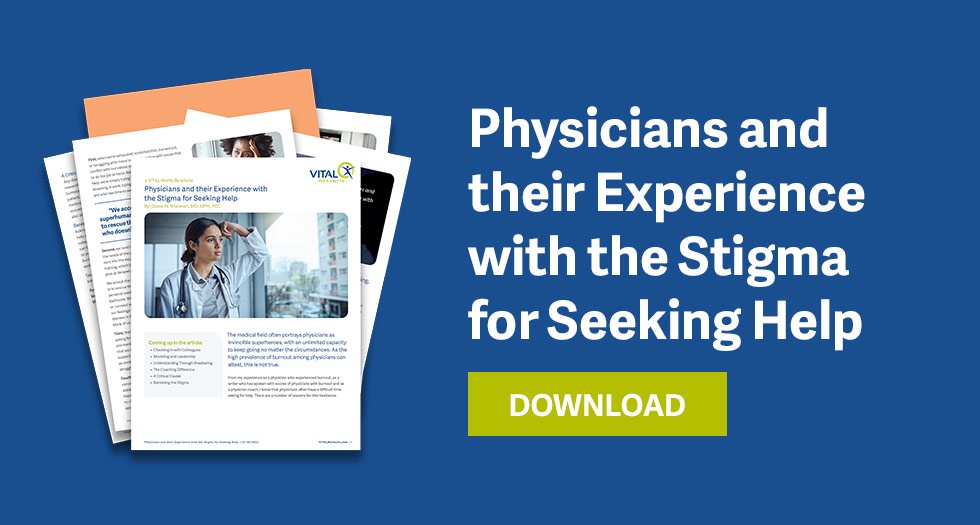