When A Physician Lashes Out Part 1: The Incident 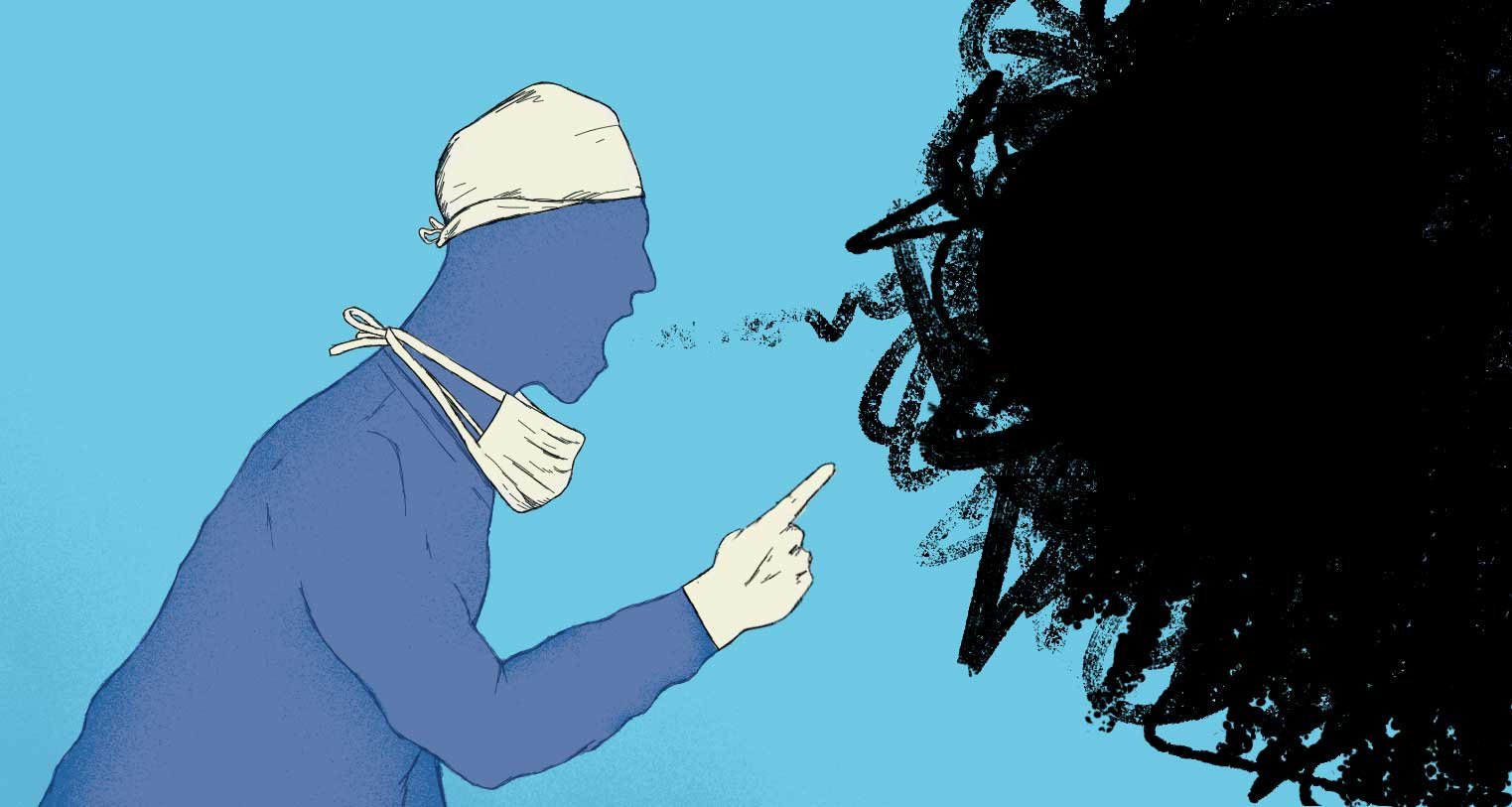 The nurses in the corridor outside O.R. 6 could hear it, and when they heard it they cringed: the voice of Dr. Cliff D. in full explosion.

“You take out the retractor because I tell you to!”

Then a crash.Silence, but not a good silence. Allen R., a nurse, looks at his colleague Karen O., shakes his head a little. Karen shakes hers. They move on, glad to have jobs to do far away from O.R. 6.

When the surgical team emerges, Dr. D. is scowling. O.R. nurse Janice L. looks frightened and attending physician Dr. Gita K. is staring at the floor as she walks away.

Next morning, HR director Joelle K. found a complaint about Dr. D's behavior in her inbox, and she spent a good part of the day connecting with, and then interviewing, the participants. Janice L.: “We were completing the procedure and Dr. D. told me to remove a retractor. I was surprised because there was this incision in the patient’s abdominal wall he hadn’t sutured. I said something like, ‘Doctor, I’m wondering about the incision…’ and he repeated, ‘Remove the retractor.’ I was really concerned about the incision, but he seemed clear on what he wanted me to do. So I asked him: “So you’re not going to close the incision?’ I really wanted to know, you know? At which point, he raised his voice.”

Dr. Gita K.: “He exploded, and I felt I needed to speak up for Janice, so I said, ‘Cliff, she’s got a point. We probably should suture…’ and he said something like, ‘Oh my God,’ and removed the retractor himself. ‘Cliff,’ I started to say, and then he came down on me. ‘Gita, I run this show,’ and so on. Which is totally true—I just wanted, and I think Janice just wanted, to make sure he was sure about his procedure.”

Dr. Cliff D.: “The retractor was compromising blood supply. It needed to be removed, and I needed to have my instructions followed. An O.R. is not a democracy.”

It's a dilemma for Joelle and the rest of the administrative team. Cliff D. is a senior surgeon—thirty years of experience, twenty of them with their system. Not just hyper-competent, creative too—a developer and improver of procedures, with a national reputation. Oh, and chosen as one of the local city magazine’s “Top Docs” five times, which did not hurt their expansion fundraising campaign.

All the same, despite his great reputation, Cliff has a bit of…a reputation. Last month he blew up at surgical tech Alan W. over the adjustment of a light and a couple of weeks earlier he had sharp words for nurse Kazue N. about what he thought were errors on a patient’s EMR. It turned out Kazue hadn’t made any mistakes; Cliff simply hadn’t recognized the codes she entered.

And speaking of EMRs, Cliff had a hard time transitioning to them. When they were new, he would put off filling them out for days—and when someone would point it out to him, he would roll his eyes.

“I believe I trained for medicine, not to be a data entry clerk,” he said. “But okay, okay, I’ll fill them out by the end of the day.”

The end of the day would come, and they’d still be un-done.

No doubt about it, Cliff has a history.

So—is this talented, experienced physician also a disruptive doctor? And if he is, what to do?

He has an ego perhaps a bit bigger than the average—what physician, and especially what surgeon, doesn’t? Thousands and thousands of hours of study, practice and experience have placed him in a position of earned authority. He’s used to exercising this authority in life-and-death situations, and if sometimes he exercises it with sharp words, well, it’s natural to think he’s earned the right.

There’s more to Cliff’s story. When taking a step back and examining his situation with a wider lens, it’s clear he has reasons to be a little on edge. Maybe those who work with him need to cut him some slack. Nobody ever said practicing medicine was easy—on the mind, the body or the soul—and if Cliff can be tough on his colleagues, isn’t that just another tough thing his colleagues should put up with as part of the profession, like long hours and exacting procedures?

Yes, Cliff can be difficult. But is he really disruptive? And if so, how?

The story continues in part two, when we’ll hear from Cliff’s colleagues about how his outbursts
affect them.

For more on disruptive behavior and how to deal with it, see our article “How to Successfully Manage the Obstacles of a Disruptive Physician.” Or contact us and speak with trained professionals eager to assist your organizational needs. 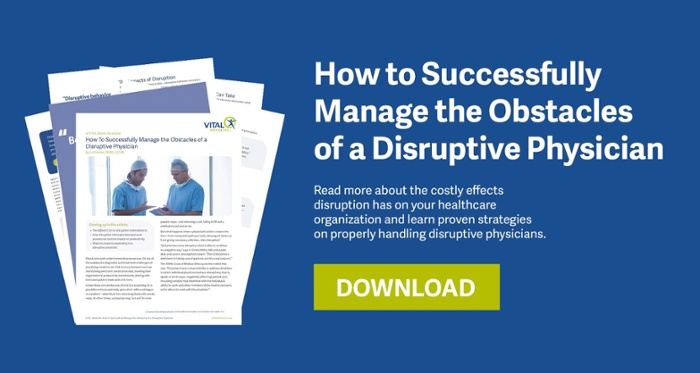