Depression: What is it? 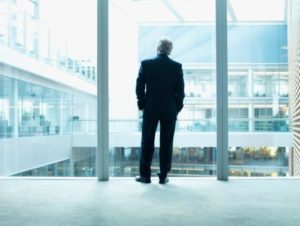 Everyone occasionally feels blue or sad, but these feelings are usually fleeting and pass within a couple of days. When a person has a depressive disorder, it interferes with daily life, normal functioning, and causes pain for both the person with the disorder and those who care about him or her. Depression is a common but serious illness, and most who experience it need treatment to get better. Many people with a depressive illness never seek treatment. However, the vast majority, even those with the most severe depression, can get better with treatment. Intensive research into the illness has resulted in the development of medications, psychotherapies and other methods to treat people with this disabling disorder.

What are the different forms of depression?

Some forms of depressive disorder exhibit slightly different characteristics than those described above, or they may develop under unique circumstances. However, not all scientists agree on how to characterize and define these forms of depression. They include the following:

What are the symptoms of depression?

People with depressive illnesses do not all experience the same symptoms. The severity, frequency and duration of symptoms will vary depending on the individual and his or her particular illness. Symptoms include the following:

What illnesses often coexist with depression?

Depression often coexists with other illnesses. Such illnesses may precede the depression, cause it, and/or be a consequence of it. It is likely the mechanics behind the intersection of depression and other illnesses differ for every person and situation. Regardless, these other co-occurring illnesses need to be diagnosed and treated:

Other symptoms include irritability, anger outbursts, intense guilt and avoidance of thinking or talking about the traumatic ordeal. In a National Institute of Mental Health (NIMH)-funded study, researchers found more than 40% of people with PTSD also had depression at 1- month and 4-month intervals after the traumatic event.5

If you or someone you love seems overly sad, isolated or falling into depression, call us at 800.383.1908 — any time, day or night — for a free, confidential consultation. There’s no limit to the number of times you or your family members can call. Our counselors can help you evaluate any issues you or your family members are facing over the phone. We can also schedule free face-to-face counseling at a time and place convenient for you.

We encourage you to call whenever you’re feeling sad, angry, discouraged or overwhelmed. Sometimes a sympathetic ear, a change in perspective or tips on how to meet a life-challenge more effectively can help resolve issues that might lead to depression.

FOR MORE INFORMATION
For more information about our comprehensive suite of well being solutions, contact us here.