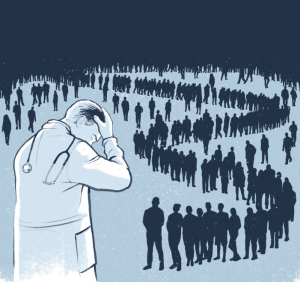 After two decades in practice, the Fergus Falls doctor was a pillar in his community. He was well-off, he was known at the grocery store and the gas station, and he was treating the children of people who had themselves been his patients years earlier.

And it was killing him.

The pediatrician worried that he was out of touch with the latest methods, that perfection in his practice was impossible, and that he would soon get another late-night call — maybe this time about a child who drowned, or died of smoke inhalation.

“I literally saw every way a kid could get killed,” he said.

Physician burnout is on the rise in Minnesota and across the country, as the traditional strains of a medical practice — long hours and draining cases — are compounded by new challenges, such as computerized records and payment reforms that judge doctors by their patients’ health. A series of influential studies by Minnesota researchers suggest that burnout could aggravate the state’s shortage of primary care doctors by driving some into early retirement and undermine the quality of patient care by eroding doctors’ compassion and attention to detail.

“There is an epidemic going on with respect to stressed and burned-out physicians,” said Mitchell Best, executive director of VITAL WorkLife, a St. Louis Park-based national behavioral health consulting company. In a national survey released this month, it found the share of physicians reporting severe stress increased from 38 percent in 2011 to 46 percent last year. (Note, click here to download a copy of the Physician Stress and Burnout Survey Report.)

The plight of the highly paid doctor might ring hollow to middle- and low-income workers experiencing financial stress on top of their own job pressures. But researchers say the community at large can suffer if physician burnout goes unchecked,

Dr. Mark Linzer at Hennepin County Medical Center found that doctors insulate patients from their personal stress, but concluded in research over the past decade that many retire early because of the pressure. (Note, click here to read Dr. Linzer's article, "How To Beat Burnout: 7 Signs Physicians Should Know" on VITAL WorkLife physicians and providers blog.)

Mayo Clinic researchers, however, found that doctors can shield patients for only so long, and that left undetected burnout can lead to medication errors and other mistakes.

“By the time you start seeing effects on patients, physicians have gotten so rundown that they’re just not able to buffer patients from what they’re feeling anymore,” said Dr. Colin West, a Mayo internist who has cowritten several burnout studies.

One Mayo study in 2012 found that 38 percent of doctors screened positive for depression risks, and 6.4 percent had contemplated suicide within a 12-month period. Another found more car accidents among burned-out medical residents.

Burnout occurs in many specialties — Minnesota Oncology works with VITAL WorkLife to support doctors who treat terminal cancer patients — but the impact on primary care is a particular concern. Minnesota is predicted to be 850 primary care doctors short by 2024, according to the Minnesota Hospital Association, and that’s without any retirements hastened by burnout.

Paperwork was the most common work-related stressor for the 2,005 doctors who completed the VITAL WorkLife survey, while the share complaining about electronic medical records increased from 15 percent in 2011 to 25 percent last year.

“It takes me a fraction of the time to actually take care of the patient as it does to document what [I] did,” another said.

Electronic medical records aren’t going away, given strong evidence that they prevent medication errors and remind doctors to order critical tests; they also play a key role in efforts to measure cost and quality under federal health reform.

But Minnesota health officials say such frustrations for doctors cannot be ignored — or else the gains created by electronic record keeping will be outweighed by the effects of burnout.

“It is getting in the way of your job … if it’s going to take you 10 minutes to create a record for a patient and you have 15 minutes to see that patient,” said Dr. Dawn Ellison, an ER physician at the Minneapolis VA Medical Center who counsels doctors through a contract with VITAL WorkLife.

One strategy is to give doctors coping mechanisms.

During a forum in St. Paul early this month, Dr. Laurie Drill-Mellum led more than 100 doctors and insurance executives in a deep-breathing relaxation exercise. Closing their eyes, the participants inhaled slowly through their noses, held their breath for seven seconds, and then hissed as they exhaled with their tongues behind their teeth. Drill-Mellum also advised the doctors to stop using the snooze button and sleep, and to make sure they have someone they can confide in at any hour.

Research has found stress management can lead to fewer medication errors and malpractice claims, said Drill-Mellum, a former Waconia ER doctor who is now an executive for MMIC, a medical liability insurer. The Mayo’s West said counseling physicians isn’t enough — that hospitals and clinics need to address actual causes of stress. “You wouldn’t send a boxer back into the ring … to keep getting pummeled and just tell the boxer, ‘OK, look, you need to be more mindful and aware of your feelings,’ ” he said.

Allina Health, the Minneapolis-based hospital and clinic system, is experimenting with additional support staff for doctors in six of its 55 Minnesota primary care clinics, while its United Heart and Vascular Clinic is hiring “scribes” — clinic workers who input data into electronic records while doctors see patients.

The cost of extra staff should be offset by the additional patients doctors can see each day because they have less administrative down time, said Rodney Christensen, senior vice president of Allina’s primary care services.

“Patients … perceive a more personal visit,’’ he said. “They perceive more eye contact, and the doctors enjoy spending more time looking at and talking with the patient rather than through the computer.”

The sheer pace of change in medicine can be daunting, as demonstrated by the Fergus Falls physician, who spoke on the condition of anonymity.

Then came a lawsuit over the death of a baby in the hospital nursery. The doctor was exonerated, but it made him more guarded with patients.

“It makes you second-guess everything you do,” he said.

Doctors spend 11 percent of their careers in litigation, which can make them jaded and in turn more vulnerable to mistakes and lawsuits, Drill-Mellum said.

Part of the problem is that doctors feel the need to be perfect and hesitate to talk about indecision or doubt, said the Rev. Bradley Skogen, who helped create one of the nation’s first voluntary wellness and support groups for physicians at the Lake Region hospital in Fergus Falls.

“Being surrounded by people, but kind of on your own because of the decisions you make and the responsibilities you have, can be so isolating,” Skogen said.

Talking confidentially with other doctors made a difference to the Fergus Falls pediatrician, who figures the support allowed him to stay in practice another two years before his recent retirement.

It turned out, other doctors harbored the same doubts and felt the same pressures.

“You could express this anxiety,” he said, “and the other people in the group could say, ‘Hey, I’ve experienced that same thing.”

VITAL WorkLife, Inc.™ is a national behavioral health consulting company providing support to individuals facing life's challenges, while also assisting organizations in improving workplace productivity. We have deep experience in healthcare, especially assisting physicians and providers in dealing with the challenges in their profession. This approach of helping employees and their families, while also guiding organizations, builds healthy, sustainable behaviors. For over 30 years, we have offered industry leading Employee Assistance Programs, specialized support, training and consulting for a wide variety of industries. VITALWorkLife.com

As CEO of VITAL WorkLife, Mitch is responsible for leading the vision of the company and managing the senior leadership team to meet company goals and objectives. He joined the company in 2001 as Director of Business Development, was promoted in 2004 to Vice President of Business Development and Account Services, then to COO in 2008 before buying the company in 2013. Mitch’s passion and commitment to leadership and organizational development matched with his ongoing breadth of behavioral health consulting experiences and various industry expertise provides strong business leadership and oversight for the organization. For the last ten years Mitch has actively participated in local, regional and national executive peer and industry groups. He previously served in account services and business development roles for companies in the technology and services sectors. Mitch holds a BA in psychology from the University of Minnesota. Mitch is a born and bred Minnesotan and currently resides in the Twin Cities area with his wife and four children. As a believer in work-life balance Mitch enjoys as much time as he can around many of the lakes in the state, is an active parent and supports his children’s educational and sports associations as well as his church’s community. 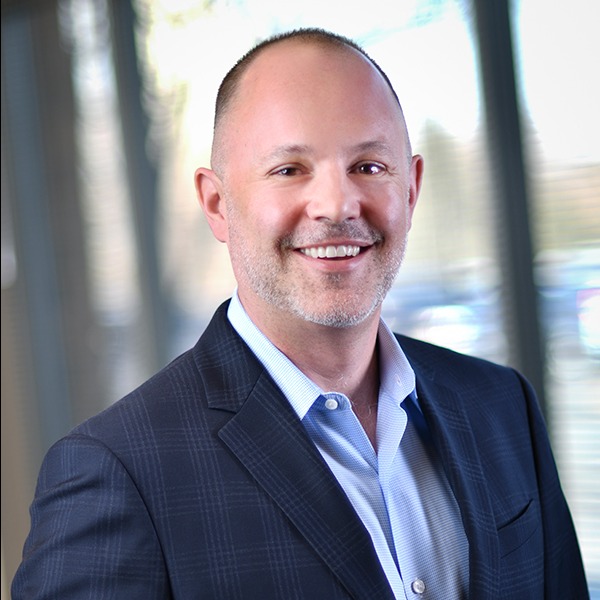